The Franklin Public Library is considered America's first public library. In 1778, when the town was incorporated, the designated name Exeter was changed to Franklin in honor of Dr. Benjamin Franklin. In return Franklin was asked to donate a bell for the town's church steeple. Acknowledging that "sense" was preferable to "sound", Dr. Franklin responded with an offer of books for the use of the town's residents. When the volumes arrived, a great controversy arose over who should be allowed to use them. On November 20th, 1790, those attending Franklin's town meeting voted to lend the books to all Franklin inhabitants free of charge. This vote established the Franklin collection as the first public library in the United States. 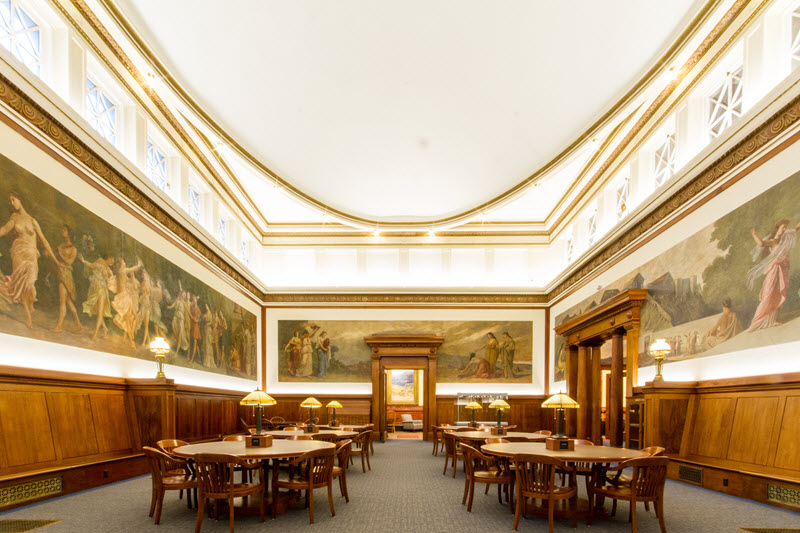